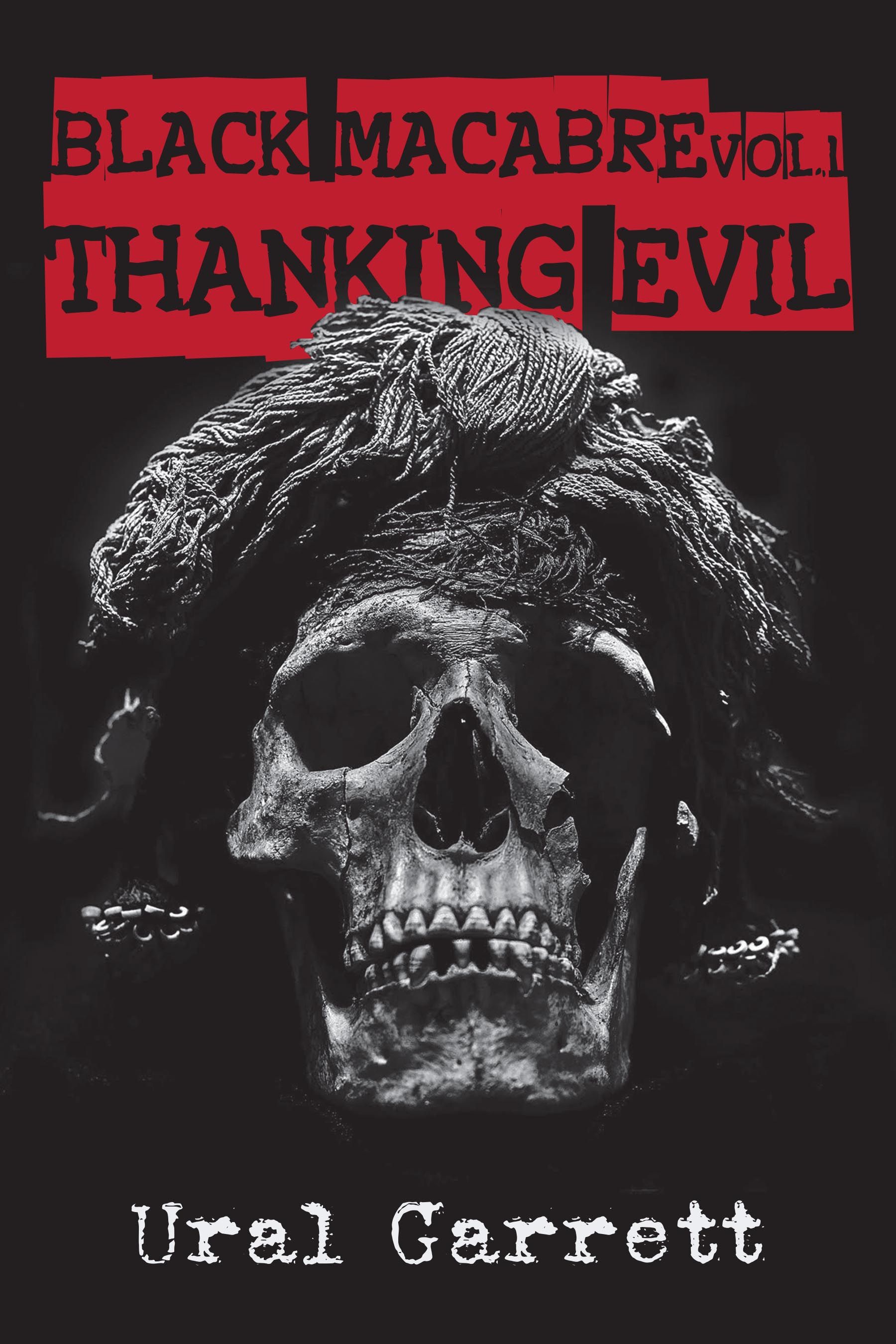 Why did you choose to write in your particular field or genre?

Since a child, I've always been a fan of horror from novels, video games and film to comics. For some reason, I just had this weird fascination with death and murder. I use to read Goosebumps a lot and growing older, Clive Barker became my go-to author as his “Book of Blood” series was flat out brilliant. In high school, I was a huge fan of Rotten.com when the internet was truly the wild-wild-west.

Where did this story come from?

The idea of “Thanking Evil” came from the online conversations around the Illuminati. Found it funny that there was this idea that successful black people had to be a part of some secret organization that controlled the world. Using Jay Z as an example, I read “Decoded” and understood his background enough to not judge him if this was actually true. And, that's where the basics of the narrative began. The actual plot really comes from challenging certain spiritual stereotypes of African Americans in the most absurd and morbid way possible. Plus, I just wanted to create a really compelling monster on par with Dracula or Candyman with real anti-hero qualities.

How long have you been writing?

I've essentially been writing since my senior year of high school. My first ever story made front page and as college applications came into play, I figured journalism was for me. I really hit my stride in college writing for Southern University's newspaper “The Southern Digest.” I covered everything from homecoming concerts to Jena 6 March. After graduating from Southern, I wrote for a few up-starts and community papers before getting to higher profile publications like Complex, Soultrain.com and of course, HipHopDX. Somewhere during that time, I picked up the camera.

Does this book relate to your spiritual practice or other life path?

Not at all. Growing up in the church and attending Christian school from pre-k to high school, I would like to say that I have a very specific understanding of America's biggest religion. Around my time at Southern, I decided being agnostic only accented my career prospects in journalism because I just ask too many questions. Figured it would be the best way to stay sane. Over the years, I've studied most world religions and appreciate the similarities and differences. No judgment from me.

What were your goals and intentions in this book, and how well do you feel you achieved them?

I want to open the door for more black horror writers and eventually get into film and video games. I realized the potential of film when I covered the premiere of “Paranormal Activity: The Marked Ones” which was geared toward Latino markets. Possibly outside of “Tales From The Hood” and “Candyman,” there aren't too many horror films with African Americans at the lead. One reason could be that life as a black man or woman can be scary enough so there's a lack of imagination. Second, blacks are mad religious as well. Therefore, anything about paranormal or spiritual realm gets dismissed as something not in line with where most are; even if it's all fiction.

Did you reference anything during the writing process, or was this all from you?

I reference everything I've witnessed in life including news articles, stories from friends and family and social media.

What was the hardest part of writing a book?

The hardest part was getting the discipline to finish and make the characters and situations as grounded as possible.

What did you enjoy most about writing this book?

Had to be setting up all the kills and righting the parody raps for one of the characters. Ironically, I was inspired to write rhymes from Issa Rae's “Awkward Black Girl” YouTube series when she made “Booty Shawts.” That shit was hilarious, yet sounded like something you'd hear on the radio.

I'm not one that likes reading too much. I have attention issues when i have to read a lot lol. So i have to ask, will you do an audio book?

Attention span is why I kept this book and future books between 90 – 130 pages alongside me being a fan of Goosebumps. However, me and the publisher are working on getting an audio book done eventually in the future.

Are there misconceptions that people have about your book? If so, explain.

I don't think there are any misconceptions. Yet.

What is the biggest thing that people THINK they know about your subject/genre, that isn't so?

I think the biggest misconception about horror is that it has to always revolve around a monster killing everyone with the narrative always focusing on why and how to stop it. One of my favorite Clive Barker tales “The Yattering and Jack,” doesn't even involve anyone actually being killed at all. In reality, horror to me always touches on bigger fears within society. “Nightmare On Elm Street” isn't scary because of some monster that stalks teens in their dreams, but touches on how vulnerable humans are when during something as natural as sleeping. For black kids, there's nothing scarier than a gang member with a gun, crooked police, crack heads or even a boss at a minimum wage job that's abusive knowing the fact employment is hard to find these days. These are real fears.

What inspired you to write this book?

A couple of wise OG journalists and family member suggested I take a stab at writing a book. I never saw this happening, but sometimes, this is just how things turn out.

Who are some of your favorite authors that you feel were influential in your work? What impact have they had on your writing?

Clive Barker is the king of real unflinching horror in my eyes. He can go from dark and really dark to comical in one sentence. Plus, he knows how to fuck with characters and readers. R.L. Stine is really a great way for kids to get into horror without all the adult stuff. I've read a little Steven King from time to time. Garth Ennis' “Preacher” is probably one of my favorite comic series of all time. Outside of horror, I'm a fan of Ta-Nehisi Coates and James Baldwin.

What makes your book stand out from the crowd?

I think “Black Macabre: Thanking Evil” is just different and abrasive as fuck. I don't think horror gets as turnt as this.

I know you have a baby on the way (congrats to you and your lovely lady), with everything involved with that, how did you find or make time to write?

I actually had found that out that I was having a child mid-way through the writing process. Nothing changed outside of me losing more sleep. Who needs that though right?

Do you write more by logic or intuition, or some combination of the two? What's your writing process?

My writing process is a bit of both. I had character profiles and basic notes down before I just went ahead and started filling in based on intuition.

What do you like to read in your free time?

Don't have much time to read on my free time. However, I'm not much of a trend follower when it comes to books.

What do your plans for future projects include?

Yes, I'm working on the second book now which should hopefully drop sometime next year around this time. Don't want to spill the beans too much, but it'll be a lot lighter tone wise and written in third-person.