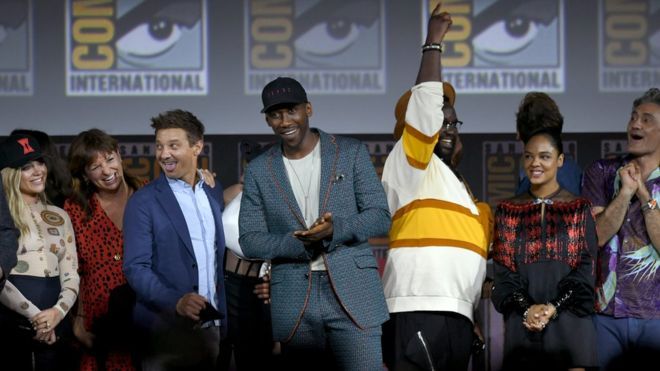 What an exciting time for Marvel fans! The studio announced that a number of new projects are in the works and will be released over the next two years, including the sequel to Black Panther and Blade reboot.

The news of Blade's return caught many by surprise, as Marvel Studios President Kevin Feige brought two-time Oscar winner Mahershala Ali to the stage to make the announcement. Ali received a hearty welcome as he revealed the news by putting on a hat that read “Blade”. No release date was announced. As a reminder, it's been 15 years since the final installment of the Blade series, Blade Trinity, premiered. The lead role was played by Wesley Snipes.

Mahershala Ali will officially play #Blade in the MCU! pic.twitter.com/0GQLOUtsXb

While not much was said about Black Panther 2, Feige confirmed that the king of Wakanda will indeed return. The sequel, however, is not as far along as other announced titles. It was previously reported that Ryan Coogler will return to direct.

Here is we can expect from Marvel in the next two years:

Cast: Richard Madden (Game of Thrones) as Ikaris, Kumail Nanjiani (The Big Sick) as Kingo, Lauren Ridloff (Wonderstruck) as Makkari, Brian Tyree Henry (Child's Play) as Phastos, Salma Hayek as Ajak, Lia McHugh (The Lodge) as Sprite, Don Lee (One On One) as Gilgamesh, and Angelina Jolie as Thena

The Falcon and The Winter Soldier

Shang-Chi and the Legend of the Ten Rings

Cast: Simu Liu in the title role, Awkwafina in an undisclosed role, Tony Leung as the (real) Mandarin

Doctor Strange in the Multiverse of Madness

What If…? – the first animated series in the MCU

Cast: Jeffrey Wright as the voice of The Watcher and other actors from across the MCU will reprise their roles as voice talent

Cast: Chris Hemsworth and Tessa Thompson will reprise their roles as Thor and Valkyrie. Natalie Portman will star as female Thor.

Director and release date has not been announced