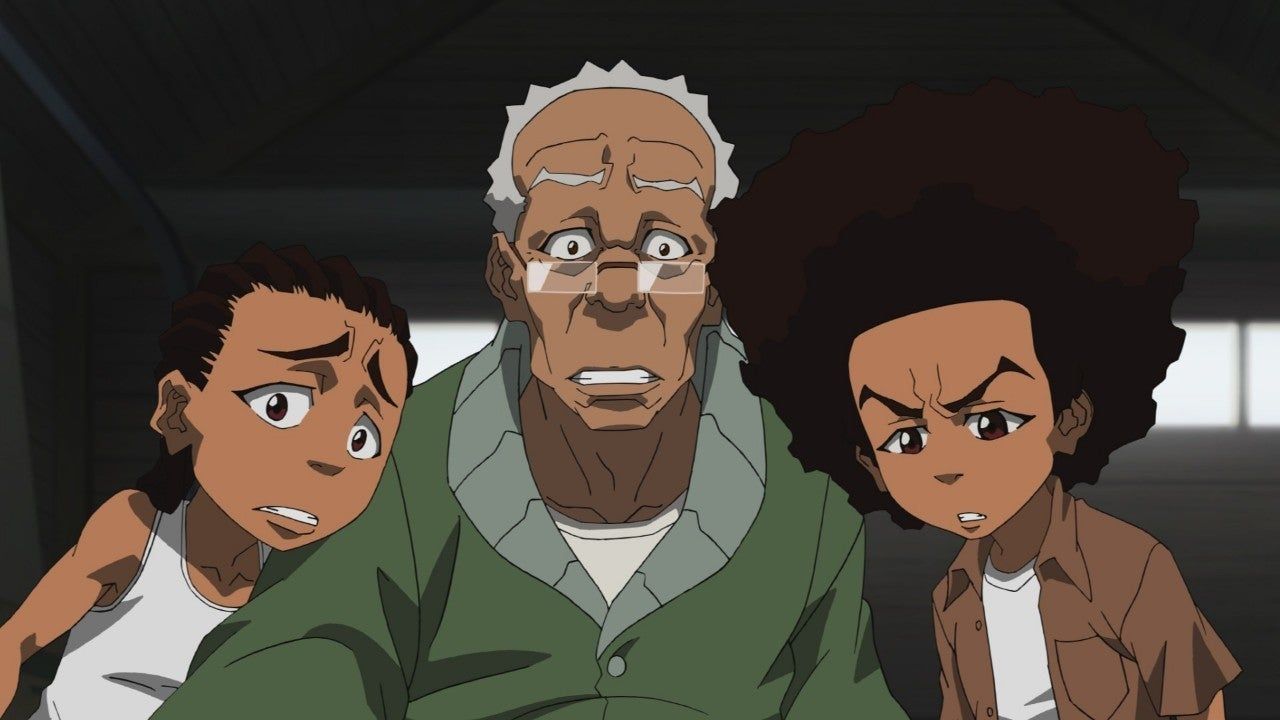 The Freemans are coming back! Sony Pictures Animation announced that they are bringing back the early-2000s classic, The Boondocks. The animated series was written and drawn by Aaron McGruder, premiered on Adult Swim back in 2005 and aired its final episode in 2014 after four seasons.

Here is what we know about The Boondocks reboot so far:

– It will be “a complete re-imagining for the modern era”. Per Sony Picture's statement, “[The reboot] chronicles the adventures of the Freeman family against the evil local government tyrant Uncle Ruckus, who rules fictional Woodcrest County, Maryland with an iron fist.”

– The show’s original creator Aaron McGruder is on board

– It is unknown if the entire original voice cast will reprise their roles. It's unclear if Regina King, who voiced Huey and Riley Freeman, will return considering her recent Oscars win and multi-year first look deal with Netflix

Back in February, radio host Charlamagne Tha God gave us a glimpse of what the re-imagined series would look like (with McGruder's blessing) via his Instagram page. Check out the cartoon strips he shared below.

#BoondocksBack The following message is from Aaron Mcgruder. “Did these for fun (and to see if I still could). More to come… exactly how much more is tough to say. These strips were only possible due to the enormous talent of my good friend Seung Kim, who did the animation for the old show – and he’s a busy guy. Thanks to him and thanks to Charlamagne for putting these out for me while I get my instagram act together.” AM

Political Niggas vs. Get Money Niggas. #BoondocksBack the following text is a message from Aaron Mcgruder “Did these for fun (and to see if I still could). More to come… exactly how much more is tough to say. These strips were only possible due to the enormous talent of my good friend Seung Kim, who did the animation for the old show – and he’s a busy guy. Thanks to him and thanks to Charlamagne for putting these out for me while I get my instagram act together.” AM

Nickelodeon Announces The New Cast of ‘All That’ Reboot