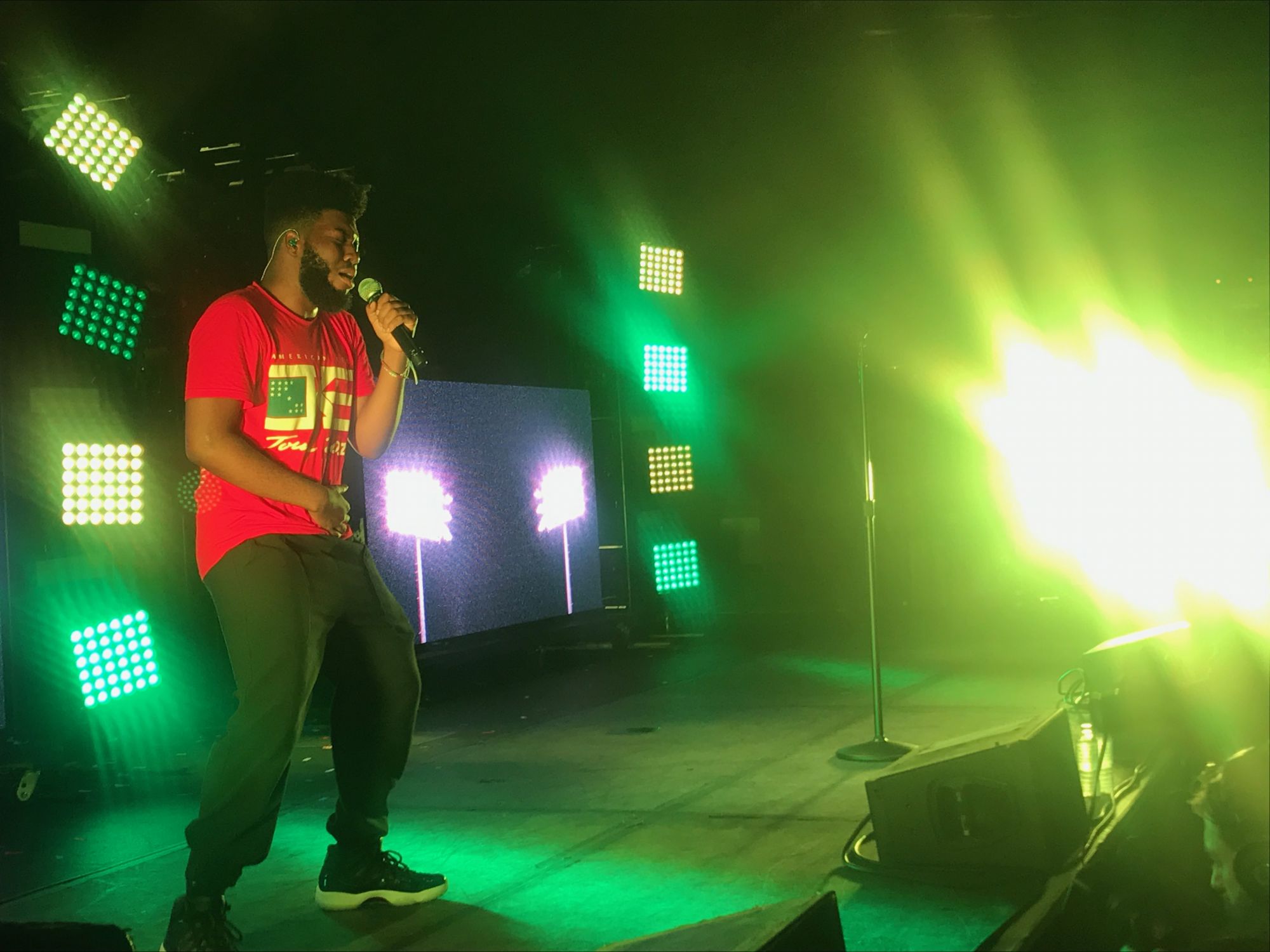 The American Teen superstar showed Las Vegas how to live the American Dream last week (July 22). Khalid, the soulful 19 year old Texan sold out Brooklyn Bowl within a hour of ticket release, letting us know this tour was one we could not miss. The American Teen Tour is Khalids 2nd headlining tour.

Khalid opened his set with “American Dream” accompanied by his two cheerleaders and patriotic confetti. Khalid’s upbeat bubbly personality created an indescribable vibe in the venue. It was well noted that every fan in the venue, had his entire album memorized. What impressed me the most about Khalid as a performer was his ability to connect with his crowd and delivery of his soulful voice. This kid made no mistake and was enjoying every second of his show like it was his first.

Khalid performed his hit single “Location” along with every track on his debut album American Teen.

His stage presence and vocals were amazing. Khalid’s fun upbeat personality attracts the youth and his soulful voice attracts an age group well past his. Notable tracks performed included “Young Dumb & Broke”, “Angels”, and his feature on “Rollin” by Calvin Harris.  Khalid gave a special shout out to an ex who inspired one of his most soulful tracks, “Cold Blooded”. When performing this slow ballots he poured his heart out, in every word sang.

Khalid continued the night serving his dance moves right alongside his dancers. This tour is one I encourage everyone to see. Be sure to take note of his signature move on stage, it will strongly encourage anyone to smile. Thank you to Brooklyn Bowl for allowing us to share a great moment with them!

It’s not too late to see Khalid live and catch that American Dream vibe.