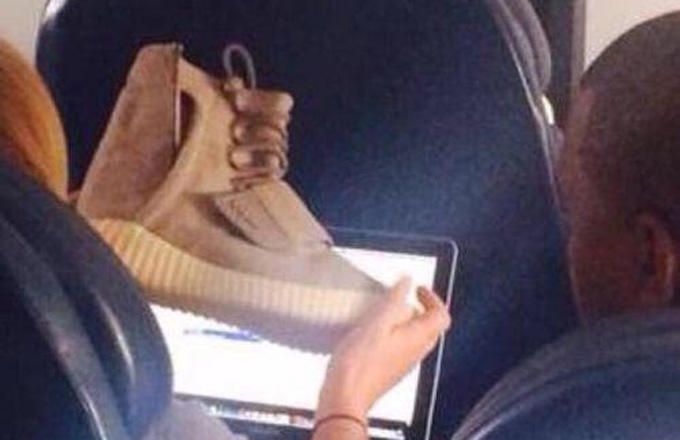 Take it from us: if you want to keep something under wraps, don't bring it on a plane and hold it up where someone can snap a photo. Especially if you're Kanye West.

Joining the mile-high club is, what has been confirmed by anonymous sources who have held these shoes in their hands at adidas HQ, as the Kanye West x adidas “Yeezi.” An unveiling will take place in the near future, but this is the best, and only, look thus far.

What we can see is a tan upper, that looks like nubuck, mid with a zip up the side, with a loop, fabric lacing system. A ribbed single unit sole reaches from end to end. Like all Yeezys/Yeezis we've seen, there's a strap across the laces.

These are certainly a step in a new direction for the rapper/collaborator. The shape and details are much more in the fashionable arena of his early work, and leaving behind the sports influence. Stay tuned as more details begin to surface as the alleged November Yeezi release draws closer.