Earlier today, rumors spread that J.Cole was planning to release a brand new album before the year ended. It appears that those rumors are true as we get an official announcement for his next studio effort ’2014 Forest Hills Drive’, which is the address of J.Cole’s new home in Fayetteville, North Carolina. Here is a look at the official artwork for the album, which will be released on December 9th. It is available for pre-order on iTunes.

Some fans have dug even deeper and discovered that 2014 Forest Hills Drive is the address of Cole’s childhood home in Fayetteville, North Carolina. The house was purchased by Cole in June of this year for $121,000. KTT found a letter from the rapper greeting his new neighbors and inviting them to a listening session on November 29 and 30. There is also a photo of him being filmed in the living room, which matches the photo on the sales listing.

“If we’ve never met, I’m Jermaine, and I recently purchased 2014 Forest Hills Drive,” wrote Cole. “I grew up here with my brother and my mother, Kay.” 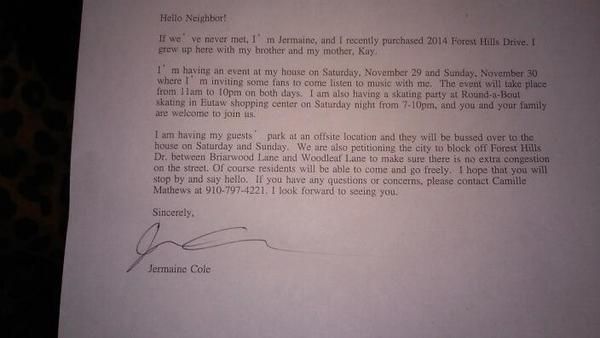 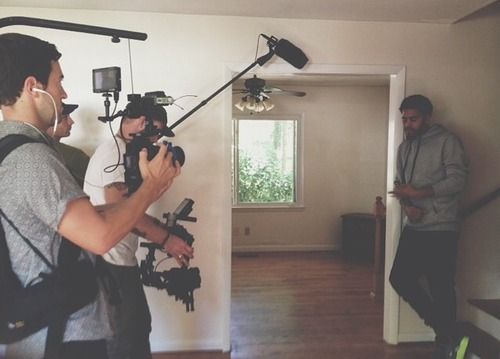