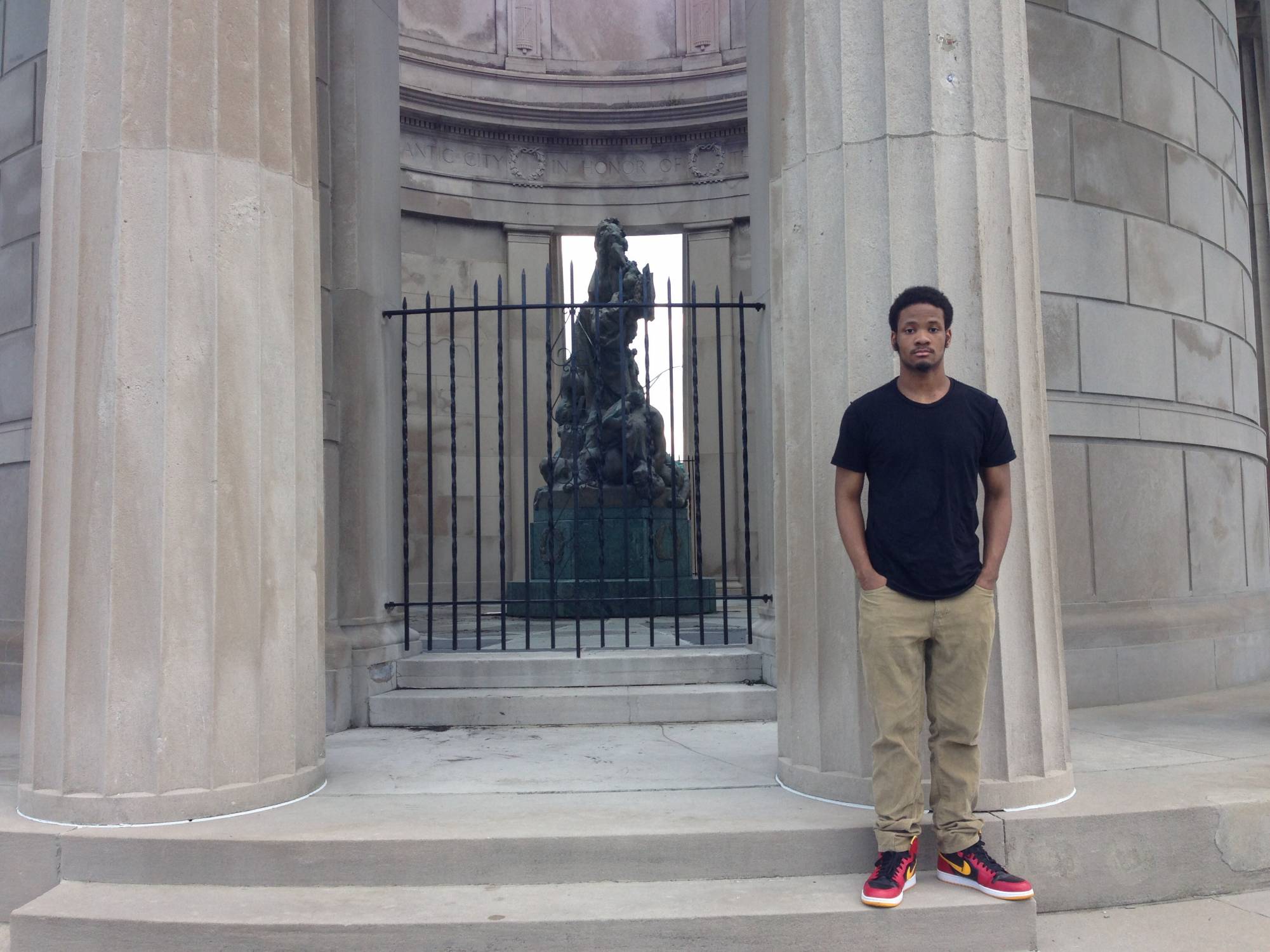 Today I sit down with producer Malachi, who produced his first single titled Finish (Mellowshit). We just had to grab him for an interview to check out some of his opinions on the music industry and to see if he has any new music on the rise.

Taking radio broadcasting class my sophomore year, being in that class introduced me to music because they had the software that allowed me to create music. The first couple of months, I got myself familiar with the equipment. I didn't begin getting serious until I observed two talented producers, which were in their senior year, who created amazing music. For a basis, if there's at least one person in the area that has a big effect on people, then I realized that I could do the same thing.

Maybe half of everything. Right now progressive rock, psychedelic rock and some soul from the 70's.

Well right now actually, Radiohead, Pink Floyd, and Marvin Gaye have been influencing me a lot because they're all great. Pharrell created a sound for 2000's hip-hop/R&B which I feel is a major contribution to contemporary music. Radiohead, is one the greatest bands of the last decade. Marvin Gaye created genres and made music that was ahead of his time. Pink Floyd had an influence on my soundscape with his psychedelic sound.

Well, that's never something I actually put into perspective. We still have a lot of great musicians that will have come far along in future generations. There's people who will take advantage of that, for example the artistic “Computer Nerds” that use FL studio, not that everyone uses FL studio like a goofball, but there are some who won't use it to its advantage as far as being web-based.

Quentin Tarintino; because what he's done for film for the past 20 years is incredible, he reinvented modern cinema. He's very similar to being a hip-hop DJ, he could be considered to be a DJ of film. He basically samples and pulverizes all of the different genres that he loves and puts it into one and congregates it. Just the whole of being able to pave a way for yourself and being influential is definitely   something I'm pushing towards.

Time consumption, if used wisely isn't always detrimental to your progress. I've learned that if you have that sense for a track that you're working on, and you feel that you want it to be a near masterpiece then you should defiantly not work to a set pace, but also you don't want to slow down the things that are revolving around you.

Becoming a failure. And not getting the results that you want.

I'm going to say this, the more artists that are allowed in the industry, now this is my theory, I don't actually label music of today as deplorable, entirely because that's just a really overrating statement and here's always going to be bad music. We're not in the times anymore where there are great artist cooking from every angle. If there's people like me who see a lot bullshit or view the competition as bait, when there's really not that much of competition, their going to find ways because there's a big lacuna that a lot of people don't wanna fall into make themselves be better than everyone else to actually have that one person say that “he's the savior of such and such” although that too in itself is or can be an overrated statement.

I could collaborate with Adele and Kendrick Lamar. Adele, I listened to her “Skyfall” song for the James Bond movie which drew me in. As far as Kendrick, that man is killing shit, and I feel like he is the kind of guy who seen a whole bunch of rappers who were the same and decided to do something different and that's why he's so successful.

I sure certainly hope so. The whole beauty of being a landmark in the genres that I want to offer up to, it's like my idea of a dream settlement. It's kind of like when Kanye says “he wants to get the best version of himself and the music he composes” because I believe if you can't progress with yourself, firsthand, anything else you do will be fallible, and it won't be feasible.  In a nutshell, I just want an exponential growth within myself to give the industry something they haven't gotten in a while

Just continuously exploring music and realizing potential in me that could do many great wonders.

I never thought I'd produce my first beat, but the first beat I produced was in a school studio after two years of being an aspiring producer. It was fucking brutal, just the process that I went through just to make my first beat.

I want to accomplish being an actual artist, because I'm only a producer now. Maybe soon I can start rapping, I want some form of vocals on my platform. And being an instrumentalist isn't the plan that's going to stick through with me 10 years from now.

There's so much I can say. I feel like the first thing you would want to do is research the artist that you already love. I was always taught that studying is the most imperative weapon that you can have to just do so much more for yourself, it can set you apart for others and also going beyond the artists that you don't listen to. Me, myself, I don’t know everything, I'm still learning and that's the fun part.

Experimental, obnoxiously experimental. It’s annoying some times because it'll get too loose and direct me somewhere far that I didn't want to take the piece that I'm working on. I’ll just scrap it. But being experimental, is absolutely my style.

It's too early for me to claim anything right now. I'll tell people like Yasin, that I do experimental or alternative give Hip-Hop, I'm terrible at classifying genres when it comes to my sessions.

Being around the planet, known worldwide. Having the first medium success that I want to obtain. And having a car.

My manager is moron and I wouldn't refer him to anybody *long pause*. This may sound selfish, but I don't care, I think for my manager’s benefit, I wouldn't refer him to anybody, because of all the terrible experiences he's had with internet artists in the last year from networking on the Hip-Hop side of the internet. I think the most rewarding thing that's happened to him is me being his artist. I put a lot of emphases on me being his big break because he went through some really rough and unnecessary problems from artists who don't take their profession seriously. And me, right now, I'm still coming up, so the one thing I always tell my manager is that, I'm always nervous of what can happen on its own, because I'm literally, adding to my craft every day. I could care less about parties or popularity cause that'll come to me when my art gets put out here. As far my partnership with him, it's been outstanding, I'm not unaware of the harshness that a manager has to go through, so for Yasin to still put me out there is great, and sometimes I can be a little acerbic, but I always make sure it’s for our best interests. And I always give him the best support that I can give him.