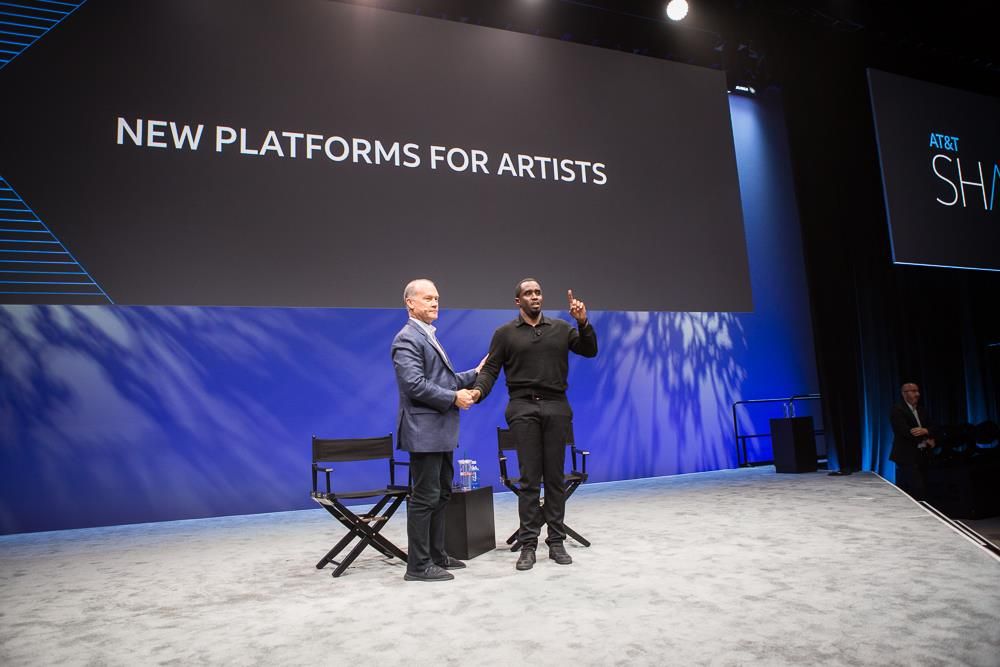 A big part of this year's conversation was dedicated to diversity in entertainment and focused on how new technology, specifically social media, allow today's creatives greater access to better opportunities and larger audiences, something we couldn't imagine just a few years ago.

Ava DuVernay, the Oscar-nominated director, known best for Selma, 13th, and Wrinkle in Time, hosted the 2018 AT&T Film Awards, alongside David Christopher, the president of AT&T Mobility & Entertainment. She spoke about her journey as an aspiring filmmaker and encouraged the emerging filmmakers in the audience to keep working on their craft.  DuVernay has become an inspiration to many as the first black female director to be nominated for a Golden Globe Award, as well as the first black female director to have a Best Picture nomination at the Academy Awards.

Issa Rae, who called Ava one of her biggest inspirations, spoke on the second day of the event. In the conversation with Khadi Don, a social media influencer, Issa reflected on her transition from YouTube to the big screen. The director, actress, and producer also touched on a few projects she is currently working on, including a feature film that will go into production this summer. She also announced that the third season of her hit TV show Insecure will air August 12th.

Hip hop mogul Diddy, aka Love, entered the stage to speak on entrepreneurship and shared his vision on the future of African American communities.  In his interview with John Donavan, CEO of AT&T, Combs listed off his assets that include a clothing line, music label, drinks and more. But it was the recently opened school in his hometown Harlem that he seemed most proud of. And for a good reason. Diddy believes in the power of community and unity. “I think my secret is that I believe. I believe in the power of my community, I believe in us,” he said.