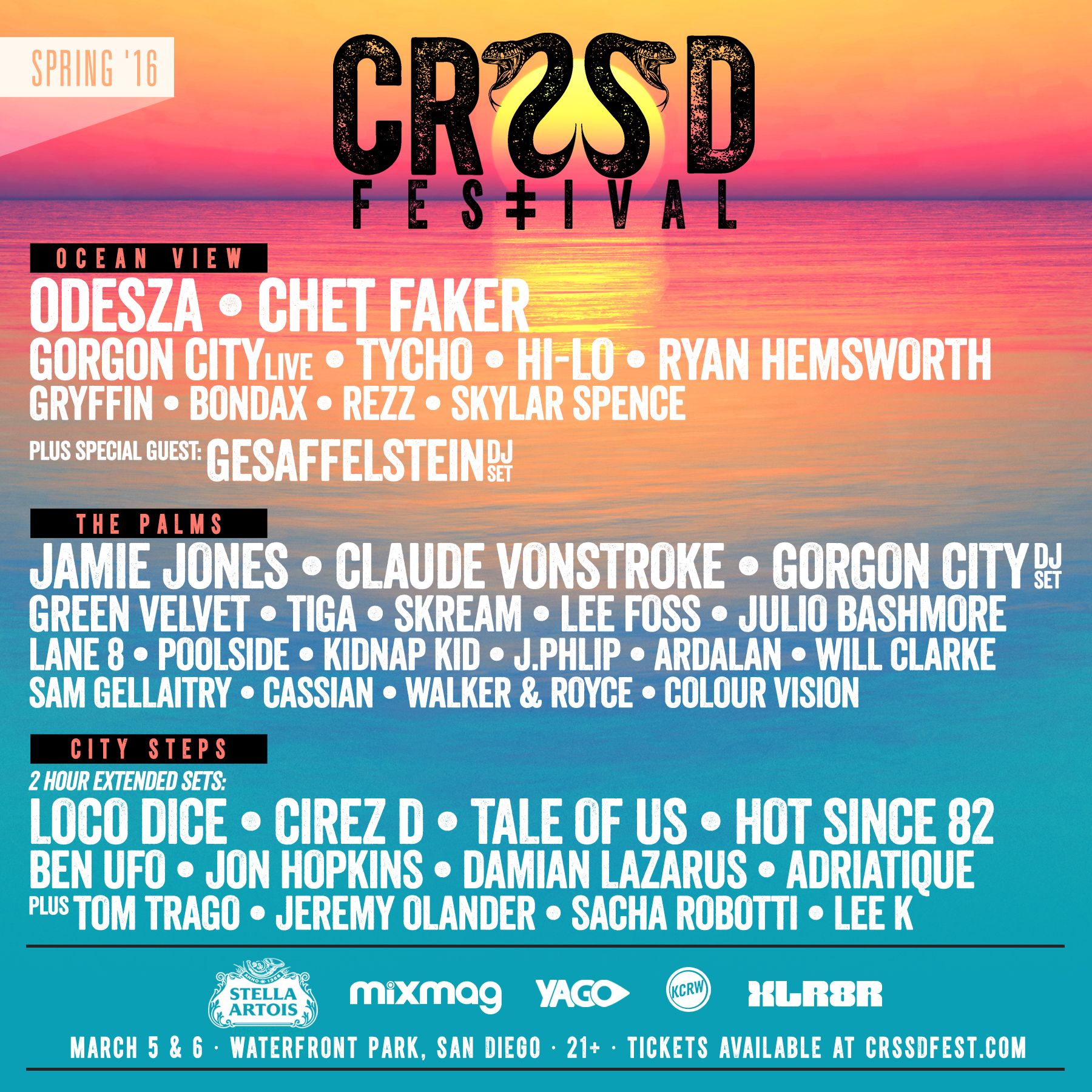 CRSSD Festival today revealed phase two of its lineup for March featuring an array of DJs and live acts from across the electronic music spectrum. The premiere San Diego festival has also announced partnerships with Stella Artois and Andaz Hotels, as well as a compilation of music from select CRSSD artists to be released February 19th through International House of Sound.

CRSSD has also revealed a compilation of hand-picked music from artists playing the festival. The compilation, distributed by  International House Of Sound, will include music from ODESZA, Jamie Jones, Gorgon City, Hot Since 82, J.Phlip, Tiga, Sacha Robotti, Skylar Spence, Will Clarke, and Colour Vision. The CRSSD compilation will be available digitally February 19th, with limited physical copies sold on-site at the festival.

The CRSSD After Dark party series will return once again for the Spring edition of CRSSD 2016. After parties are scheduled for Friday, Saturday, and Sunday nights at Bang Bang, SPIN Nightclub, Music Box San Diego, and the Andaz Hotel. More information and lineups coming soon.

This Spring, CRSSD will also partner with Andaz Hotels in downtown San Diego to offer attendees blocks of rooms including free entry to official CRSSD hotel after parties and discounted rates. CRSSD has also partnered with Stella Artois as the official alcohol sponsor of the event.

CRSSD is a 21+ festival, and offers its customers a full craft beer and mixology program alongside bespoke food offerings from the best of San Diego’s local restaurants.

To Book a Room at Andaz Hotel for CRSSD- please visit:
http://sandiego.andaz.hyatt.com/en/hotel/home.html