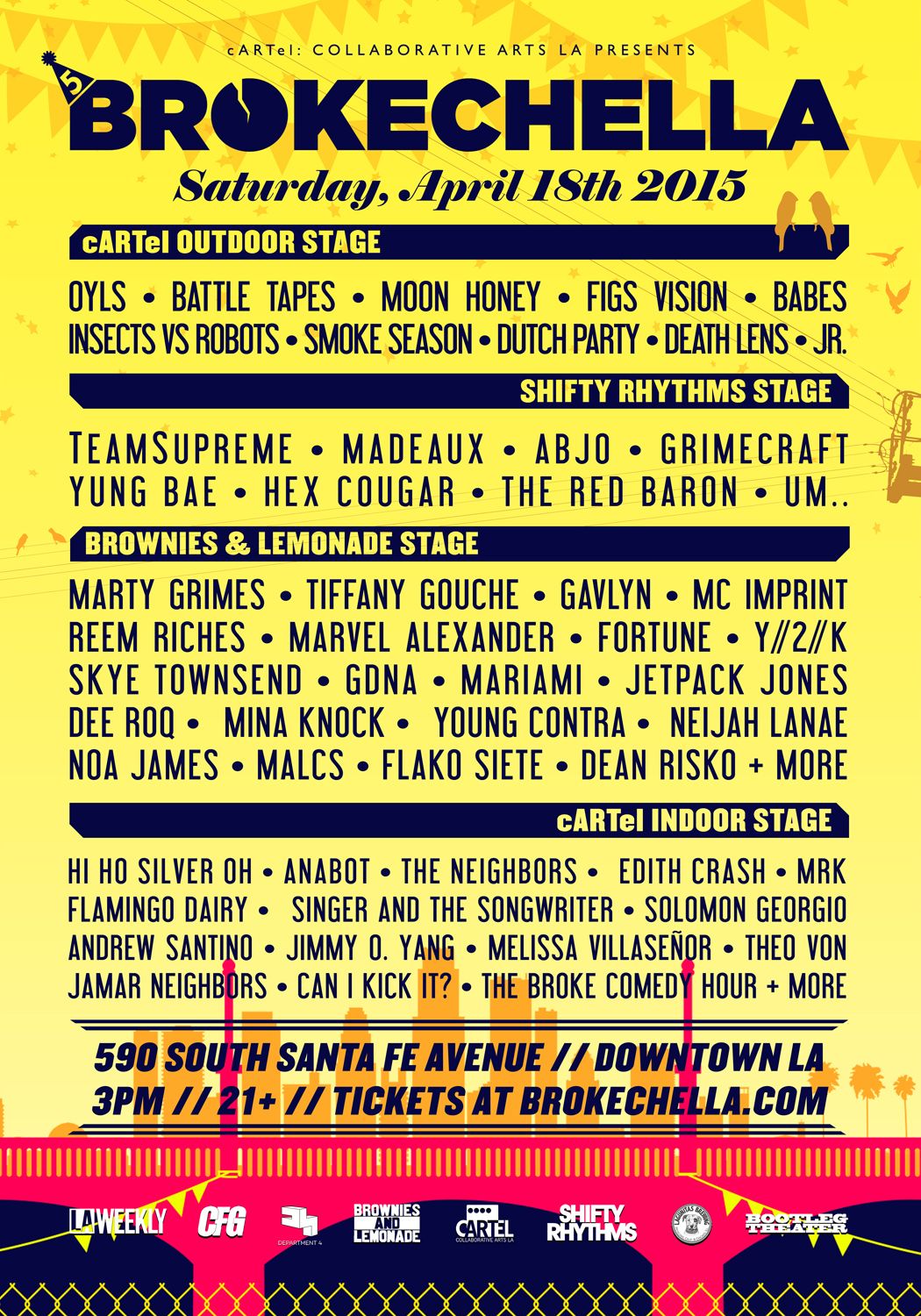 For the past five years, Brokechella has become a staple of Los Angeles’ indie music scene specifically representing a nice variety of genre. For local events promotional outlet Brownies & Lemonade, Hip Hop and R&B are the order of the day.

For this year’s iteration of the largest submission based music festival in Los Angeles, Evan Washington and Kush Fernando hope to represent L.A.’s future at their stage.

It’s been an interesting three years for the B&L stage which has featured Oh Blimey, Chippy Nonstop and Raven Sorvino. Both Washington and Fernando have ties to the local indie urban scene. According to one co-founder, it’s the best way for artists to get more exposure.

“It kind of became a sense of responsibility to like uphold and put-on for the indie artist when the blogs aren’t posting them, they’re not getting shows or can’t sell 50 tickets at $20,” Washington says. “Just to be able to have this platform where somebody with 200 SoundCloud followers and 26 plays perform in front of 4,000 people can go home with 400 SoundCloud followers and 260 plays.”

Tickets available now for $20, the Downtown L.A. event is set for April 18