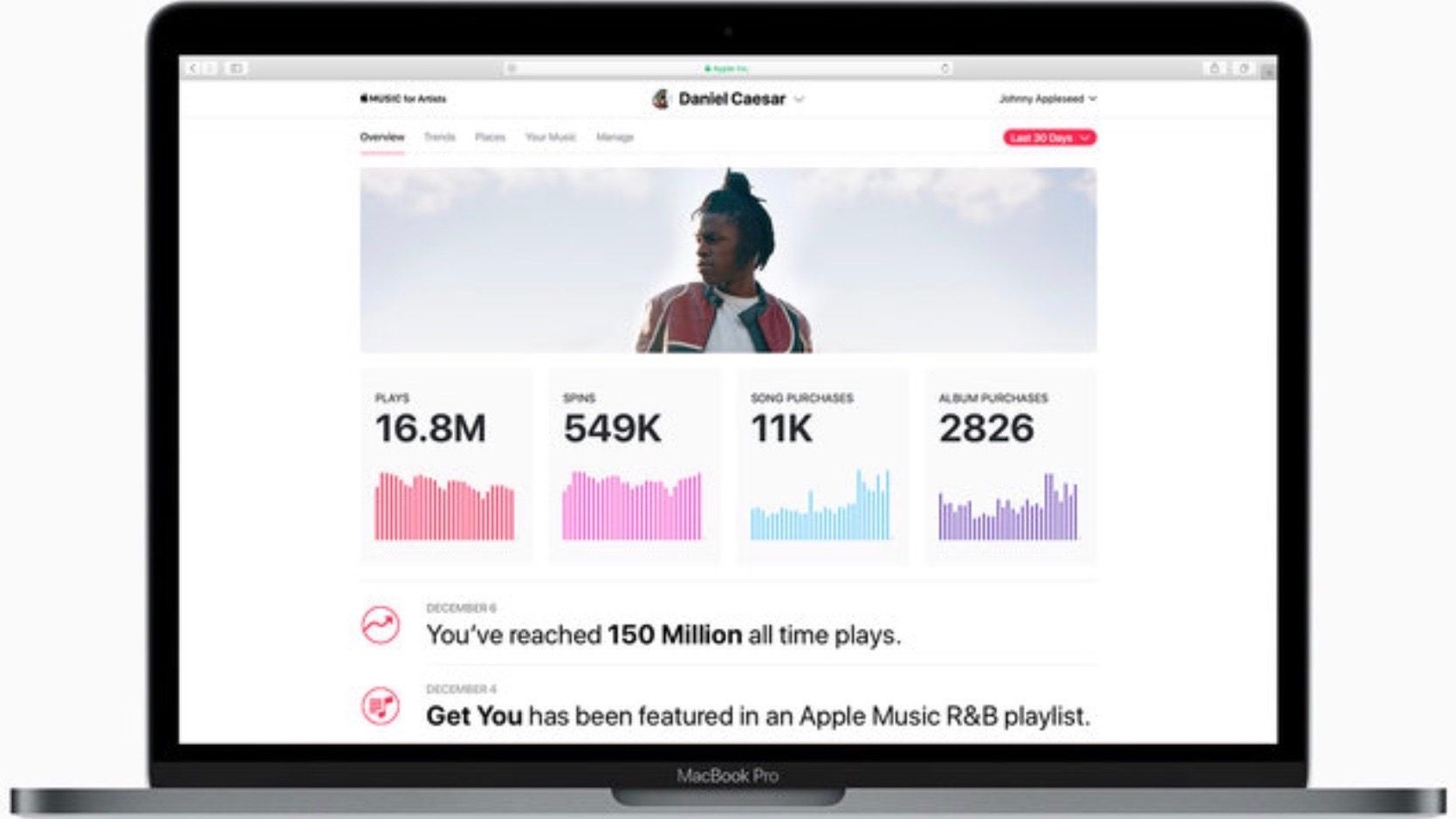 Apple has released a new dashboard specifically for musicians called Apple Music for Artists. The new dashboard has been created to give “deep analytical insight” about fans’ buying and listening habits.

First reported by Billboard, Apple is releasing the new feature to “a few thousand” artists as a beta feature today, with what looks like a full rollout to all artists sometime this spring.

Billboard got an early look at the dashboard and notes the clean and simple interface (see above) that is easy to use.

The easily navigable dashboard’s home page provides artists with their current number of plays, spins, song purchases and album purchases. The user can specify the time period ranging from the past 24 hours to the 2015 launch of Apple Music.

This reminds us of the dashboard offered to publishers for the Apple News platform, although it looks like Apple Music for Artists may be even more feature rich. Artists will be able to slice up and analyze data in a host of ways, including a global map, age, sex, and more.

They may further examine the listener demographics per city, for example, calling up how many times females ages 16-24 in Los Angeles have listened to a particular song.

Another nice feature is allowing artists to see data on their tracks that are included in Apple-curated playlists.

While this new tool will be popular with all musicians who have their content on Apple Music, the company thinks it will be particularly helpful for indie artists.

“As a truly independent artist with a small team, music analytics is something we can’t do without. We don’t have the luxury of deep major label market research to rely on to help us make important decisions like where to perform and how to advertise the things that we make,” says Canadian R&B singer Daniel Caesar, who was one of several artists consulted during the build-out.

One valuable use case is using location based listener data to help artists plan tour stops. While Apple is a couple years behind Spotify and Pandora when it comes to an analytics tool like this, Apple Musiconly launched back in 2015.