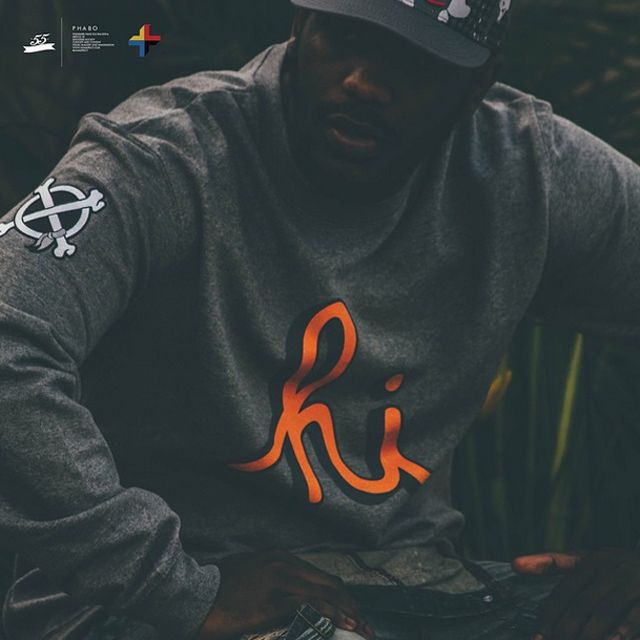 If Frank Ocean (legend) always drank a gallon of Hennesey (strong) before he started his day, that’s how I would describe Phabo, a strong legend who’s ahead of his time. Phabo is a twenty-one year old artist who resides in Los Angeles. I know that sounds like the typical description of most artists these days, in their early/mid 20’s, from LA and has talent, BUT this is different. The word rookie and Phabo don’t even share the same sentence when it comes to his music, he’s been doing this for quite some time now, even when he was twelve years old singing songs and writing raps on the phone with his bestfriend at the time. He’s like that masterpiece in an art museum that needs its own room, just so you can feel and see the entire experience.

In the song above, Phabo ventures off into a world filled with smooth sounds and white leather couches, something that artists don’t usually give us anymore, that goose bump feeling. Enter you is a track that caught my attention when I first listened to his music, it should definitely be in your playlist. Lyrics that possess substance, and sounds that drown your ears in a pool of classic R&B. There’s also a continuation of the song above located on his Soundcloud page, it’s something worth checking out and putting on replay.

In Phabo's song “Never”, he talks about a women he's interested, and how he's a better choice for her than who she's currently with. You would think that for someone who hasn't been recording for that long that his music wouldn't be as great as it is. For most artists like Phabo, they're trying to figure their sound, what genere they belong in, but Phabo doesn't have that problem. You can tell by these two tracks that he know what direction to go in when it comes to his music.

Lastly, this is one of Phabo's most recent releases. If you haven't realized that Phabo is definitely someone to keep an eye on, then something must be wrong with your ears, and I advise you to take several more listens to his music. “Give It”, is somehting special, because you don't hear songs as genuine and pure like this anymore. Personally, I think any other artist would've added a bunch of auto tune, trap sounds, and gunshot sounds just to make the song sound cool. This isn't your typical R&B music, this is the future of R&B.

Phabo isn’t just your typical everyday artist, he's a gem that should have a contract and have record labels trying to kick down his door just so they can get him on their label. There needs to be more artist like this, sadly there aren't, and if there are then they need to make more noise. Usually, artist like Phabo who have a genuinely different sound, tend to stay quiet because they think that no one wants to hear their music, but Phabo isn’t one of them. He's here to let you know that he's going to change music with his unique sounds, and the vivid pictures that he paints with his lyrics. To hear more music from him, head over to his Soundcloud page.