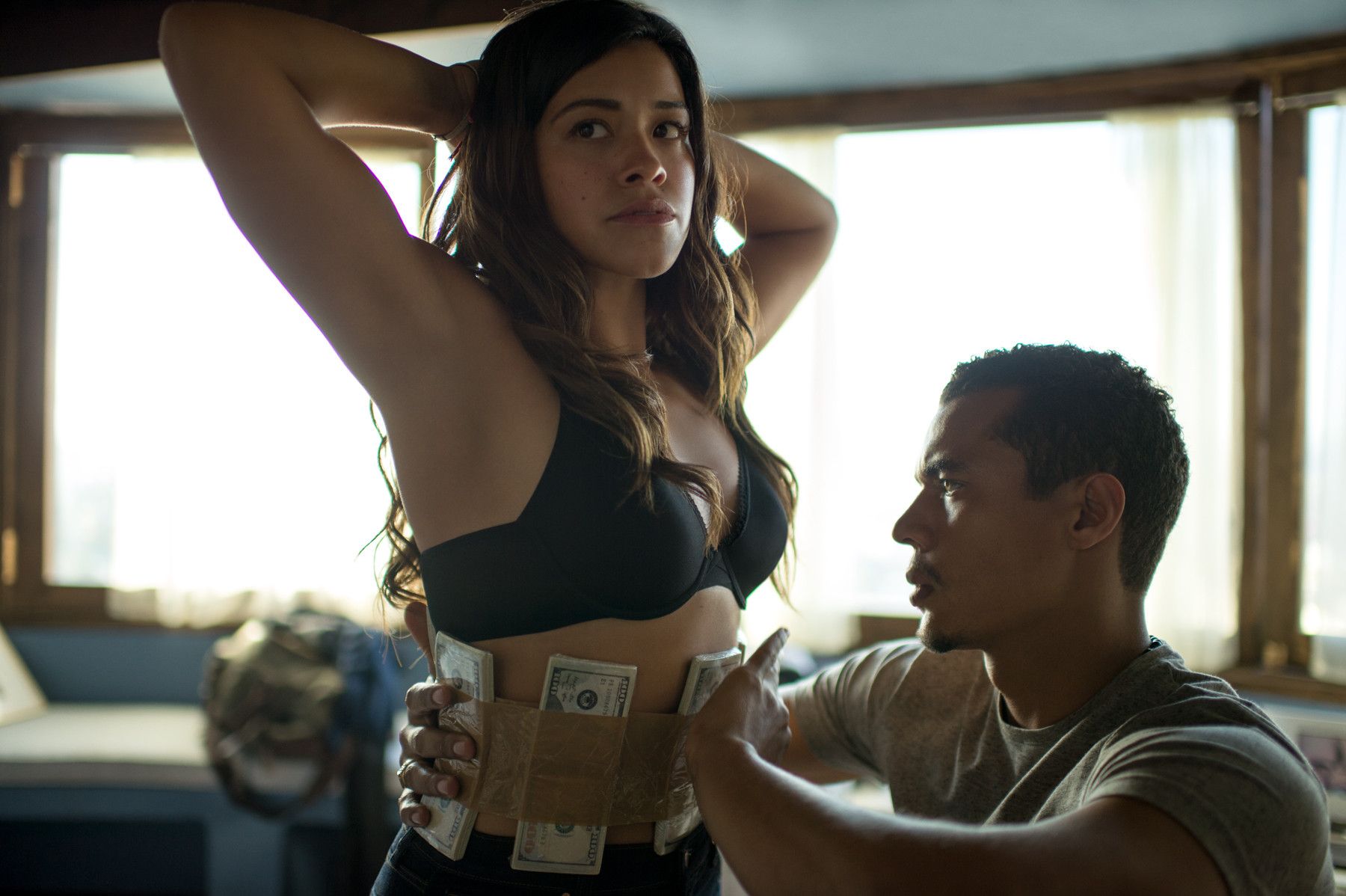 Do not come after Gloria Fuentes or her friends!

Directed by Twilight’s Catherine Hardwicke from a script by Gareth Dunnet-Alcocer, Miss Bala does a good job bringing forth a strong female Latina lead, who can do it all – from applying a perfect contour to handling an AK-47.

Gloria Fuentes is a makeup artist from Los Angeles, who finds herself trapped in a cross-border drug enterprise.

Miss Bala is a remake of the Mexican crime drama action film by the same name, which premiered back in 2011 at the Cannes Film Festival.

Gloria Fuentes (played by Jane The Virgin star Gina Rodriguez) travels to Tijuana to support her childhood friend Suzu (Cristina Rodlo) as she enters the Miss Baja California beauty contest. After a shootout at a Tijuana nightclub, Suzu is nowhere to be seen. Gloria, desperate to find her best friend, is forced to work for the head of a drug cartel, Lino (Ismael Cruz Córdova), who offers his help. As if she wasn’t in enough danger, D.E.A agent Brian (Matt Lauria) threatens to arrest Fuentes if she refuses to go undercover and reveal Lino’s plans to him.

The intense hour-and-forty-four-minute story focuses on Gloria’s personal story – a Mexican-born, California-raised young woman, who is an outcast in her native land. Along with that, the viewer is presented with a low key of love story – Lino develops an emotional connection with Gloria, as he also grew up in California, just like her. The question of him possibly becoming a better man for her finds its resolution at the very end.

A few things can be said about Gina Rodriguez’s character. What is worth mentioning is that doesn’t see complicity as the primary path to survival. Gloria never gives up on the chance to find her friend, she constantly weighs her options and makes crucial decisions.

Overall, if you like women-led action movies, Miss Bala is worth watching. The movie is packed with many plot twists and numerous shooting scenes.

Related Topics:
Up Next

‘The Sun Is Also a Star’ trailer released. Charles Melton And Yara Shahidi fall in love in one day